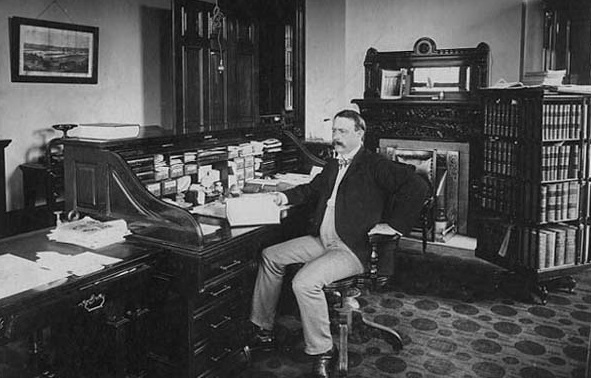 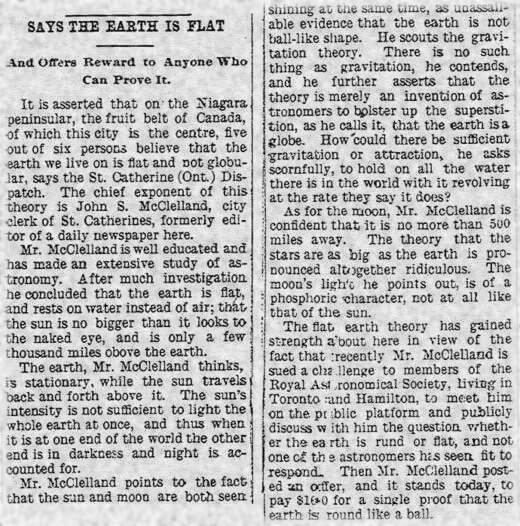 How could anyone possibly believe the earth is flat? Some may grow up knowing; a result of their upbringing. Whether we believe it or not, a surprising number of people in our world disagree with the majority about the shape of the earth. According to a recent poll, over 23 million Americans may be undecided; waiting to be fully convinced the earth is flat.

This article is a great example of flat earth arguments that have been playing for more than 100 years. The numbers are astonishing even considering how remote agricultural Canada may have been in the last century. Did Mr. John S. McClelland have to convince all the people in his town of St. Catherine, Ontario, Canada, on the Niagara Peninsula, the earth is flat, or were they “born” that way?

In a recent poll, over 50% of people that consider themselves religious also believe the earth is flat. If McClellan’s town was fairly religious then he may have only needed to convince 2 out of 6. If any of us have known a small town farmer then we know they are hard to convince of anything. The depth of learning hands on about the earth can make any new ideas hard to swallow. In this case, McClelland’s knowledge about flat earth theories and his assertive behavior certainly skewed the numbers to an overwhelming majority.

Most interesting is the challenge to a debate. Many people today would take the bait ($100). Consider today’s equivalent as over $2500 and we can be quite sure that someone agreed to argue with him about the shape of the earth. We will be looking deeper into the Library of Congress archive to find the results.