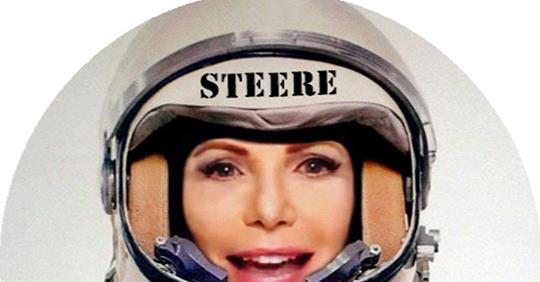 Patricia Steere was interviewed recently about her beliefs by a reporter for the Houston Chronicle. Patricia is a Houston woman and fellow Flat Earth believer. She calls herself a “conspiracy realist” who believes that real conspiracies are taking place to cover up the truth about the Earth. Steere talks about her beliefs in recorded podcasts for her YouTube Channel, which she calls “The Flat Earth and Other Hot Potatoes.” After gaining more than 13,000 subscribers, she is making quite a name for herself in the Flat Earth community.

A round ocean? Not!

In her interview with the Houston Chronicle reporter, Steere made some very valid points about why the Earth is flat. For instance, she stated that ocean water could not possibly conform to a sphere-shaped planet. The oceans would fall out of the planet if it were truly a sphere because water is lightweight. However, the counter-argument would be that the force of gravity keeps the oceans on the Earth.

Steere’s rebuttal to the gravity argument is that gravity itself is a myth and doesn’t really exist. The force that pulls us all toward the ground is our own weight, according to her. A feather floats in the air because it is virtually weightless. But a person or animal cannot float because they weigh more than air. It has nothing to do with gravity.

All the scientists in the world don’t truly know what gravity is or where it comes from. Everything that modern scientists have been taught about gravity comes from Sir Isaac Newton’s “gravitational theory.” This is a theory that has a lot of mystery still surrounding it in the scientific community. Therefore, how can anyone be 100% sure that gravity is real? Just because a mathematician from the 17th century suggested it was real?

Nobody can make that claim nor can they claim that gravity creates weight. Perhaps weight is determined by the density and size of certain objects. Practically every object and living thing on Earth is heavier than air. That is how we are forced to stay on the ground. It doesn’t get any more complicated than that. But try explaining this to people who insist the world is round and that gravity exists. It would be an impossible feat.

With the growing popularity of Steere’s YouTube channel, this is clear proof that more people are finally accepting the truth about our world. Even celebrities like NBA player Kyrie Irving are considering the possibility that the Earth is flat. It is only a matter of time before the whole planet learns the truth too.