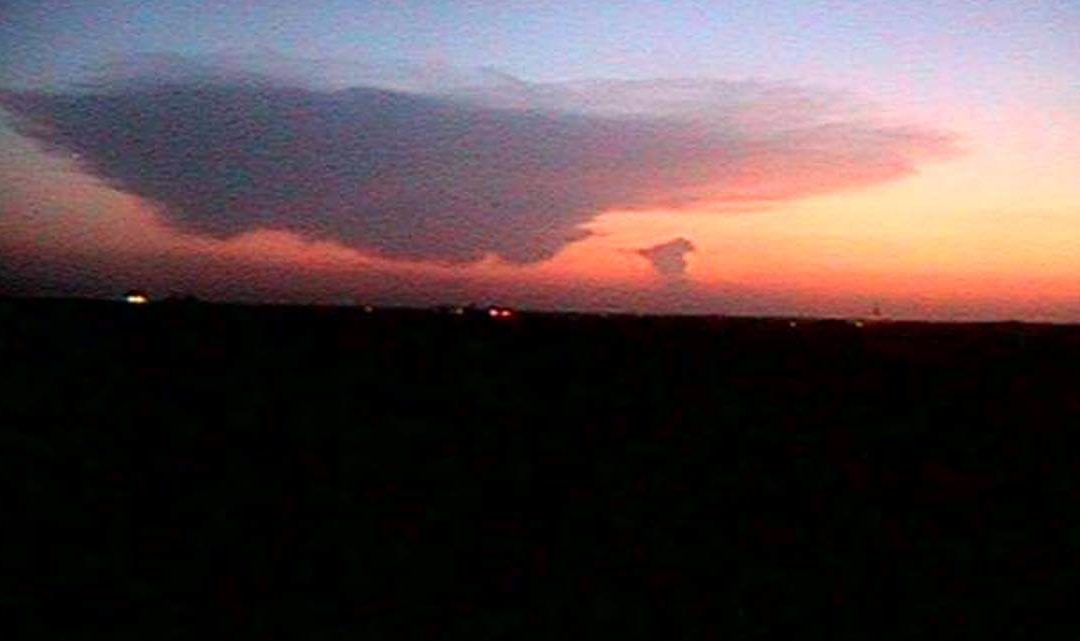 Kansas is one of the flattest states in the country. This makes it a great place for proving Flat Earth theory. In this case, the believers don’t need to be the ones to prove it. Inadvertently, the National Weather Service has created the evidence for us!

The National Weather Service has a branch in Wichita, Kansas. Wichita is the capital of Kansas and a common location for thunderstorms and other bad weather conditions. The National Weather Service has a sky cam that monitors these storms. The sky cam produces a live video feed of the weather activity taking place. The camera is elevated off the ground at about 30 feet. According to the Earth Curve Calculator, the horizon should be about 6.7 miles away from the camera if it is at that height.

An Eye-full of Rolling Thunder

In July of 2018, the National Weather Service uploaded a photograph to their Twitter account. It showed a picture of a thunderstorm in Kansas. This photograph was taken by their sky cam in Wichita. The city of Larned  can be seen just northwest of the thunderstorm. In case you haven’t heard of this city before, it is located roughly 120 miles away from Wichita. Incredibly, that would mean the sky cam was 1.5 miles up in the sky (appx 8,557.67 feet) to view from that distance. How could the camera on a 30 foot pole take a picture of Larned if we truly live on a spherical planet?

Jim Caruso, a meteorologist for the weather service, thought the photo was “…pretty cool.” The thunderstorm was not some long stretched out series of dark clouds. Importantly, it was just a little group of clouds which formed the shape of an anvil in the sky. It was all alone way up there with nothing else around. If the Earth were curved, how could the camera have photographed this cloud mass so clearly at such a far distance? Again, it doesn’t make sense unless the Earth is truly flat.

Everyone who watches the Weather Channel or looks at weather reports should pay attention to images like these. Weather stations throughout the country have captured similar photographs. They never get reported on as being proof of Flat Earth. That is why we should all appreciate the Wichita branch of the National Weather Service. They have provided proof of what we always knew to be true.