How Come the Horizon Does Not Curve? 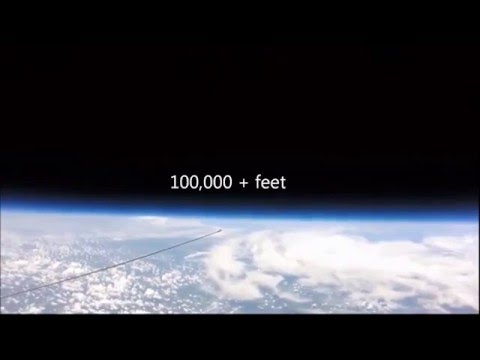 The horizon is a beautiful thing to see. It is the point where the sky and ground appear to be touching each other. Scientists have speculated for decades about what the distance is between a person and the horizon. If you stand close to sea level on flat ground, then the horizon should be about 2.9 miles away. But if you are standing on a hill or building that is 100 feet above the ground, the horizon is about 12.2 miles away. Basically, the higher up from the ground you are, the farther away the horizon is from your point of view.

The striking thing about the horizon is that it does not seem to curve. This has been proven numerous times by professional photographers who’ve conducted infrared curvature tests just to prove this point. One YouTuber whose username is JTolan Media1 did such tests. He went around Southern California and using infrared technology, he showed pictures of mountains that were up to 100 miles away. In one test, he stood at an altitude of 120 feet while looking at Mount San Jacinto which was 120 miles away. How can that be possible if the Earth curves at the horizon?

Another YouTuber named 7th Day Truth Seeker identifies himself as a Flat Earth Photographer. He conducted a 19.5-mile infrared curvature test from Bayview State Park in Washington State. He was observing an island across the bay waters called Clark Island. It was about 19.59 miles away from him. There was also a buoy channel marker in the water about 6.45 miles away. With infrared technology and a basic DSLR camera, he photographed this island to prove the flat earth theory was true.

According to Wikipedia, Clark Island has an elevation of about 95 feet. The eye height of the photographer was 17 feet, and the target distance was 19.59 miles. Based on these numbers, the horizon should be roughly 5 miles away. As a result, roughly 141 feet of the island should have been hidden from the view on Bayview. That should be enough to hide the entire island since its elevation is only 95 feet. However, the photographer’s infrared technology allowed him to see the whole island in his pictures that were taken almost 20 miles away. Although the island cannot be seen with the naked eye, they can be seen clearly with infrared imagery.

This evidence only further proves that the Flat Earth theory is real. You should feel encouraged to try such tests yourself in areas with low vegetation and lots of mountainous terrains.