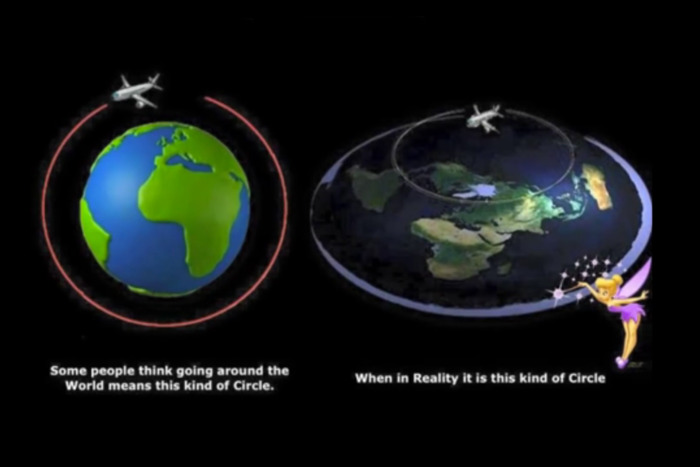 When YouTube said earlier this year that it would “begin reducing recommendations of borderline content and content that could misinform users in harmful ways,” people praised the decision. A certain ex-engineer called it a “historic victory” on Twitter and applauded the company for making such a move, possibly at a great expense to its business model. Which … ha. Among the types of videos YouTube said it would cut back on recommending was flat-Earth content. As in, videos peddling the idea that the Earth is not, as science has repeatedly proven, round. And while I’m all for quashing the spread of truly wrongheaded and potentially dangerous ideas, in the case of flat-Earth indoctrination, the damage has long since been done.

Researchers from Texas Tech University believe they’ve isolated YouTube videos as ground zero for the spread of flat-earth theories, The Guardian reports. Speaking with attendees at the biggest annual gathering of flat-Earthers both in 2017 and 2018, the research team found that people who fell into the world of the flat Earth were often those who were already spending time on YouTube watching other conspiracy videos (about 9/11, for example). This feedback loop — where watching conspiracy videos leads to being shown more conspiracy videos, which in turn motivates creators to make more conspiracy content — was also cited by the above-mentioned ex-YouTube engineer. It’s that circle that has enabled flat-Earth content to thrive. Researchers said one of the most popular videos is a nearly two-hour-long piece that details myriad reasons why, if you’re smart enough to think beyond what has been crammed into your brain by society for your whole life, the Earth is so obviously flat.

Flat-Earthers might seem like a joke, but the jumps from “the Earth isn’t round” to “jet fuel can’t melt steel beams” to “science isn’t real” to “vaccines are harmful” are easy ones to make. (As noted by the TTU team and the ex-YouTube engineer, conspiracy theorists online tend not to buy into just one conspiracy.) Normalizing such ideas is dangerous. In 2018, Logan Paul — the one who filmed the dead body, not the other one — was the keynote speaker at the second annual Flat Earth Conference in Denver, Colorado. Though he told a reporter at the event he does not actually believe the Earth is flat, Paul stood up in front of the audience and said he was “coming out of the flat-Earth closet” during a speech he was ostensibly paid to give.

Endorsing bogus theories in bad faith — but which are taken very seriously by others, and all the more so with the lending (or buying) of Paul’s name — makes Paul complicit in the spread of potentially dangerous flat-Earth nonsense and, more harrowingly, its co-ideologies. YouTube, with its years of doing the bare minimum to, well, do nothing to curb the spread of such ideas, is even more complicit. No amount of back-changes will right that.

This article originally published at http://nymag.com/intelligencer/2019/02/can-you-believe-youtube-caused-the-rise-in-flat-earthers.html