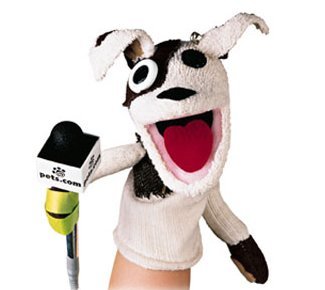 Adolf Hitler and his plans for world domination were highly dependent upon first capturing and holding the public’s opinion.  Herman Goering was charged with deriving a method of mind control that would work on the masses. This new science commissioned: PROPAGANDA has been given a new life in this mind controlled world! Willie Muntzenberg, who functioned as Stalin’s propaganda minister once remarked that “all news is propaganda. And all propaganda is disguised as news”

Put simply, propaganda is sort of like an opinion factory. It resides inside of public news stories, it’s always in front of us in one form or another. Modern TV commercialism, for instance, is more geared toward social programming than selling a product. Have you never watched a TV commercial that says absolutely nothing about how the product acts or what it does? It behaves more along the lines of a social grade school, teaching us how to look and talk. What to eat, what to wear, any calibre of vocalism or use of the vernacular is strictly taught on TV.

If one took a boiling pot of water and tossed a frog in, it would jump out! But if you put the frog into the water cold and slowly turned up the heat the frog would boil. This is a grandiose lesson in personal awareness, and each of us has our own levels of it. It’s the reason why we refer to propaganda as a science, and it is a very delicate mastery too.

Operation Earnest Voice* along with this new science commissioned: PROPAGANDA was hatched as the brainchild of wicked fat cat rich men in charge of public office and the military. OEV revolves around a technology that works closely with social media platforms like Facebook and Twitter. A single operator can control up to 10 distinct and individual fake accounts. The algorithm also writes personal bio’s and add’s just enough false background info to make it look real. These fake accounts are then deployed in chatrooms and blogs and other public venues of mass social communication. They are designed to give the false appearance of public opinion or a consensus. But they are nothing but CIA-funded operators at a terminal somewhere in Georgia or possibly Langley, Va.

People are generally afraid of being left on the outside of anything, and so they will actually self-confuse. Or even worse, become indifferent. Anytime one takes a poll, the real predominate numbers often are made up of indifferent people. Those that simply have no opinion, their numbers are greater than ours. These people are the most susceptible to mind programming and unfortunately, make up the largest numbers.

During WWII, a British officer, Colonel John Rawlings Reese spent time with captured Nazi Rudolph Hess. Col. Reese extracted the secret of mind control from Hess during his imprisonment up to the Nuremberg Trials. Once in the hands of western civilization, propaganda and mind control became the chosen way to rule society.

Sock puppets, the connotation brings to mind a cute little painted hand character that delights children. But the word suits the job perfectly because a sock puppet is exactly what it is. You only see the character, you can’t see the hand inside nor can you tell who it is. Freeing the operator to act according to a set of rules of engagement that involve making you a laughing stock. Imagine 10 people all laughing at your assertions all at once. And if the operator chooses, they can call in other operators to gather against you. This very often leads to a false perception that you are not within the public’s sense of reality. And the end result of that leads to again, the fear of appearing on the outside. Or against the grain.

The sock puppets upset the balance of fairness in a way that is unsettling. Because fairness goes right out the window. When one is dealing with a very heated and public subject, opinions cannot be relied upon as real. Sock puppets cast clouds on people’s real opinions by simply outnumbering us all. They have the ability to infiltrate groups and destroy any alliances or adhesions formed there. And sock puppets simply annoy the living hell out of people, to put it bluntly.

We should never lend ourselves to the opinions of others. Neither should we become comfortable or complacent with black ops funded by the CIA and big pharma as well as who knows who else aimed at swaying or constructing what we think. Anyone who attempts to rule the masses using these despicable and damaging tactics needs to be put down like a rabid animal.

Join with us here at FENEWSNET as we illustrate to the flat-earth the altruistic importance of the Alternative Media. We cannot allow sock puppets or any other form of black op to control what we think. When a young girl, for instance, see’s an outfit that she absolutely MUST have on TV she manages to get it. Then she sports the fashion to the world claiming that the look is her absolute personal tweak and it’s all her. But she forgets that she didn’t create the look herself, she saw it on TV with someone else wearing it. How then could we really and truthfully say that anything we think, do, say or wear is our own individual distinctness at all?

We are the result of mental mind programming! All that we see hear and take in was the result of a mental matrix that was preprogrammed for us all to accept, and we have.