Your Choice: Die From Either Terrorism Or Stress 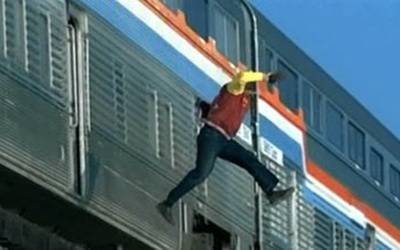 In the post-911 world it’s your choice: die from either terrorism or stress. On one hand we have terrorism and the country’s attempts to keep terrorists from killing us. On the other hand we have stress, which is certainly the end result of anti-terrorism. That’s right friends, in an all-out attempt to save us from those nasty terrorists our leaders have killed more of us than any terrorist-lead army ever could!

Since September the 11th 2001, the rate of deaths by terrorists in the US may be minimal in comparison to the rest of the flat-earth. The numbers of dead at the hands of terrorists both foreign and domestic can easily be counted. Conversely, there are no figures for the deaths caused by the stress of worrying about terrorist acts. How could such deaths be measured? One possible measure is the suicide rate in our nation which has reached unprecedented proportions. Who can deny that stress relates to suicide?

Homeland Security are said to be put into place to save American lives. On the contrary, the intense security measures coupled with worrying about it may lead to more deaths than can be counted. Simply, there is more energy spent on worrying about the situation than most situations deserve or require in humans. In His Sermon on The Mount, Jesus asks: “Which of you by taking thought can add one cubit unto his stature“? Meaning: when is the last time that worry ever put bread on the table? Sadly, the average American is straddled with worry as a state of being in our lives.

One of the biggest triggers of stress-related death may be a strong desire to tune in nightly to the TV News. Studies have indicated that stress is created by the TV News in ways that are carefully crafted by the news producers. While it’s in your mind that you are somehow keeping up on world events, what’s really happening is that they are inviting you to add to your already overcrowded list of things that cause you stress.

Many people have expressed that the simple act of giving up the nightly news is their best therapy. We should all try it. TV News programs are not actually bringing us any information that we can use in our lives. News stories are selected by ruthless data-barons who buy, sell and prescribe news. Although tragic, what good is a story about a poor unfortunate family three states away who’s child was run down by a car? Such stories do not serve us in any way other than to get our drama addiction going.

For those living in the inner city, just look up… see that police helicopter? Does it’s presence make us feel all cozy-comfy inside knowing that the cops are on the job? If that’s the case then why do crime rates continue to go up?  Listen to those police sirens all over the place? Are we getting the sensation that the police are winning the battle in the streets? Or… Are they losing it and that’s why they are using military tactics and equipment to enforce the law?

The results are in…

If the government is struggling to save American lives then somebody should explain to them that they are killing us faster with stress than any terrorist dirty bomb ever could. According to the Center for Disease Control’s National Institute on Occupational Safety & Health, the workplace is the number one cause of life stress. That is followed up in a close second with fear caused by the war on terrorism. In addition, the CDC reports 110 million people die every year as a direct result of stress. That is seven people every 2 seconds! Is it really American lives that the Patriot Act and Homeland Security measures are really designed to save? If so, they failed miserably!

Which Is Worse, Death Or Living In Fear Of Death?

That’s a good question, who can answer that? One thing we can be certain of and that is the human body reacts severely to stress. It’s like putting racing fuel in a lawnmower. The body gears itself up for quick reaction time and augmented strength without an outlet. Parts wear out faster when being used under pressure.The human body is no different. If we run our internal motors always at full speed then bad things will happen. Stress And The Human Mind are like oil and water: they do not mix. And what results is always this greasy muck that is of no use to anything but a salad. Don’t let your mind become salad dressing friends. Stay away from the mainstream news outlets and learn to avoid stress…or you may not last!