Is Patricia Steere A Man? Is Robbie Davidson A Woman? 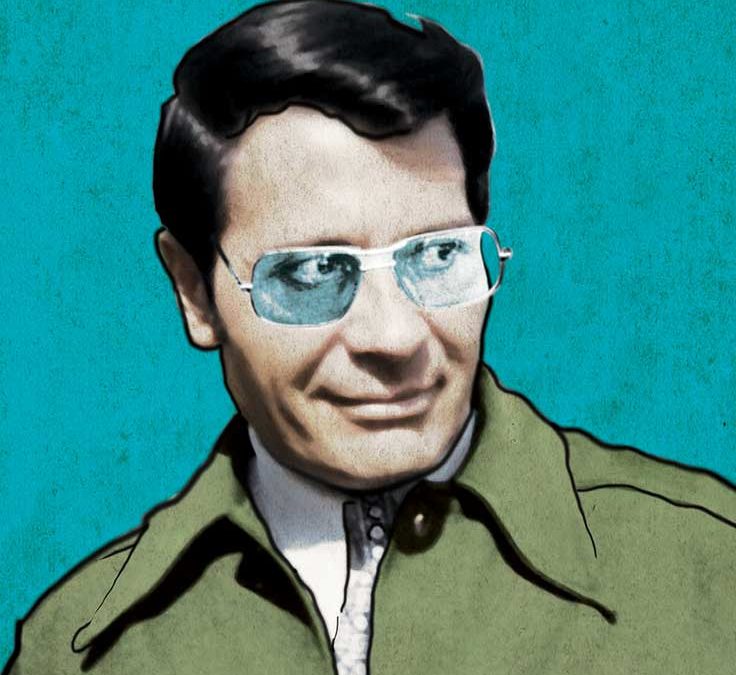 And What’s That Got To Do With Flat Earth Anyway?

Good question… and one that we here at FERLive dot com have been pondering greatly since last year. But it turns out that if you ponder these questions too long it could get you into trouble. Okay, long story short… FERLive is a relative newcomer in the scheme of things, so we came into this whole flat-earth thing like this; we hear about a story that tells Patricia Steere is a man posing as a woman, total nonsense but indicative of the situation. My reporters and I get together to discuss the validity of the story, only big ears are perched nearby and listening (Paul On The Plane)… waiting for us to slip up so they can carry the news to the others that we have the audacity to even wonder. By the time we figure out that the story was actually planted by one of Patty Steere’s jilted lovers to get even with her, it’s already all over the flat-earth community that we believe she’s a man. WAIT A SEC! We cried… we don’t believe that we were just researching it… TOO LATE! The damage was done as he (PotP) dragged the story to Patty Steere, who instantly canceled a scheduled interview with us and engaged in a bashing program. Meanwhile Robbie Davidson entered into a personal vendetta against us. So much for the learning curve, eh?

Honestly friends, that’s not what this story is about! We’re big boys here at The Ferret and apparently don’t suffer from the same thin-skinned nature as others in this community, we got over it! However, prior to the release of the story Robbie Davidson and the director of FERLive and FEMG Russ Dibird were involved in negotiations that would allow us exclusive coverage of Mr Davidson’s next conference events and immediately he (Davidson) stopped taking calls from us and started giving us the cold shoulder. Is this the flat-earth? Are we children at a local high school playing games with each others emotions? Or are we researchers and scientists trying to get to the bottom of the flat-earth reality? If we are to be held personally responsible for each rumor that we chase down, isn’t that like a gag over our mouths?

Many of you also know of the bitter war that Robbie Davidson sparked between the FE community and Mark Sargent over the Logan Paul incident that sent Mark Sargent walking out of the conference in Denver last year in protest… that was Robbie Davidson’s game plan there, he set that up himself and used Logan Paul like a surfboard when the waves are up at Malibu! He rode the guy into the beach! Sadly, this turns out not to be the first time that flat-earth charismatics have been caught deliberately driving a wedge between the flat-earth collective, and likely will not be the last. Is this the flat-earth? Is that what this is all about? Charismatic talking heads have fooled us long enough and it just don’t make sense that we fire the mainstream idiots and find another set of talking heads to placate us.

But that’s okay, like Tupac said… I ain’t mad at you!

Here at FERLive dot com, we know that the whole of the flat-earth isn’t based out of Robbie Davidson’s horse pens and that Patty Steere just happens to be the world’s only mainstream news reporter to have shunned the Matrix for the mean streets of the flat-earth collective (which we find suspect anyway), and that Paul On The Plane is some sort of operative or else a stooge that regularly gets himself played by ruthless people like a deck of cards in a poker game. We simply do not involve ourselves in the politics of Mr and Mrs Flat Earth King and Queen or their court. The shabby way that Patty Steere and Robbie Davidson treated the Ferret crew only serves to strengthen our resolve and helps illustrate to the community that the flat-earth data is where our collective gaze should be, not peering in on the personal lives of would-be dictators and narcissistic pretend researchers whose main purpose is to muddy the waters and confuse true seekers.

We No Longer Have An Earnest Voice

The vast flat-earth community has come under attack by members of the US government and “Project Earnest Voice“. Which is a CIA-funded government program that interfere’s with social networking by inundating it with false subject matter and leads people into confusion by giving the illusion of a false consensus. People need to understand that there is no longer a level playing field, Project Earnest Voice has seen to its demise, and in more ways than meets the eye. Charismatic preachers have misled Christ’s church in the same manner and the process has been proven effective. In 2000 years world secular religion has not only failed to unite the Church of Christ, it has splintered it into a thousand pieces. The charismatic-lead flat-earth community has followed suit, and it’s leadership either real or perceived has not only failed to unite the flat-earth community… it has splintered it! This is of course, totally by design as an ongoing effort to divide and rule the masses.

Are we suggesting that Patty Steere and Robbie Davidson are attached to the government? Hardly! It’s likely that they are simply riding a wave of popularity and they dig it! AKA; Unwitting Operatives. But then, aren’t we all?

And who can tap dance over the fact that Patty Steere and Robbie Davidson have enjoyed a certain celebrity status? How enormously austere for Patty Steere, and what a unique situa-shun for Davidson.  But the question must be asked, where do these people get their marching orders from anyway? Especially when their tactics appear to be causing the flat-earth collective more harm than good? Politics and personal fluff are allowed to rule in place of teaching and data dissemination. Is this the flat-earth? A personal soap opera where we sit and watch while actors lead us in any direction they choose? Any direction BUT towards the dissemination of the flat-earth data.

I Came To See The Flat Earth And Instead I Get A TV Soap Opera?

Last years Flat Earth International Conference in Denver USA was for all intents and purposes a personal Barmitzvah for Robbie Davidson and indeed, his own party where outsiders of the Davidson team dugouts were frowned upon, belittled and kicked to the curb. And this years QE2019 conference was a replay of same as Davidson strong-armed conference promoter Joe Garcia into refusing to allow our reporters into the event without gouging them for the price of a ticket. Despite the fact that we created commercials for them and showed up to actually cover it in the capacity of a news team. Hey, should you really charge the news team admission to cover your news event? I mean, what a cheep shot on the part of Joe Garcia

So now we know who REALLY organized the event, or at the very least who was really in control and it wasn’t Joe Garcia either. And Patty Steere seems to enjoy some sort of Queen-status and her entourage quickly bends when she snaps her fingers… is this the flat-earth? Because if it is then this is one journalist who feels he came to the wrong place. Truth is, there should be no flat-earth celebrities… leading us and themselves in the wrong direction… there should be only flat-earth… not flat-earth queens, delegates and royals! Is this the flat-earth? What about the experiments and the research… who gives a two-fisted crap about the individual? And why do we humans incessantly install charismatic talking heads where there is a need for personal attention in the first place?

Are you afraid that your own personal research would somehow falter should there suddenly be no flat-earth heavyweights?

For the record, it never was a question of Patty Steere or her gender, nor do we care. It was always a matter of trust. Paul On The Plane decided himself to tell her in an attempt to save her from us, and in so doing violated the trust we had as his publishers and the director of the station where he was a host. He acted out of irrational behavior and in so doing he not only failed to spare Ms. Steere any additional harm at my hands whether real or perceived, he instead managed to cause her a great deal of pain having to deal with this. Not to mention the damage he did to the Ferret. We never actually believed the rumors we were just chasing them down so as to avoid being taken for fools like the rest of the community. Patricia Steere is 100% a lady and anyone who says otherwise will surely garner my own personal laughter… after all, it only takes a glance to see that in the first place.

In order to move forward and get the derailed flat-earth freight train back on-track it becomes necessary for us to abandon our collective need for drama and what The Eagles called, “Dirty Laundry”. Especially when this irrational need deflects the attention of those that are seriously engaged in an all-out attempt to make some sense of this whole thing.

I think what the honored Mark Sargent once said to me in a personal interview is relative in this situation. He said that when he or anyone else becomes more important than the flat-earth data then we’ve clearly failed as researchers, as teachers… as intellects.

Is Patricia Steere a man? Is Robbie Davidson a woman? Why do you care? Please stop!