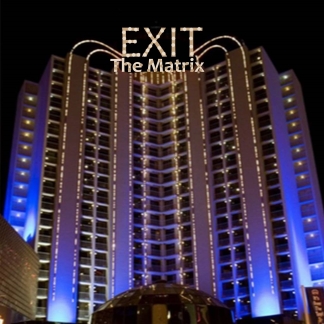 In a disappointing twist of fate, it’s starting to look more and more like flat earth conferences are not gaining momentum. At least not the way they should be at this stage in the flat-earth game. This year alone more than 5 conferences have been held in the spotlight. Of course, this doesn’t account for the meetups and gatherings that don’t quite make the spotlight. One might very well expect that these events have started to catch on and the numbers of people that attend them are shattering records, and one would be incorrect too if one thought that. Because so far this year the numbers simply have not shown this to be the case. 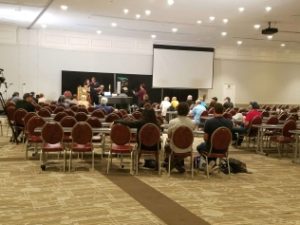 In contrast, this years “Do-Da” parade and the gay front movement has seen rallies and protests with numbers ranging in the tens of thousands. Not to equate the flat-earth collective with a popular social upheaval movement, but to prove a point. Our numbers were once charged, and flat-earth oriented groups had numbers that swelled in the hundreds of thousands. And then the feds put the brakes on it all with the creation of Project Earnest Voice. Which is a CIA-funded effort to rid the world of any loose talk that may reach our tender ears one day and harm us mentally and who knows. Maybe even incite us to start asking unsettling questions?

Suffice it to say that the few who actually do show up to these things are of such a high caliber that it more than makes up for the lack of interest in the general populace. None of us should have held on too tightly to any dreams of stardom or delusions of grandeur, at least not from the flat-earth anyway. It has ever been and shall likely ever be a losers point of view. Anyone who believes in a flat-earth is surely just that, a loser. Don’t you dare let them tell you that! The true face of loser-dom lies in those who never even pondered, or wondered about the reality of things.

The Theme “The Matrix” Is Driven Home

The theme for this conference is the Hollywood movie THE MATRIX created by the fabulous Washowski brothers. Or so we were told, in another strange twist of fate it turns out that the Washowski’s didn’t actually create the original concept, nor did they write the story. The Washowski’s were sued for copyright infringement and the real name of the epic stories’ writer was Sophia Stewart, a well-known African American author. However we digress, the theme was well met by program MC’s Russell Dibird and Shelley Lewis of FERLive dot com. Shelley showed up wearing a sexy black wig like Trinity from the movies and Russ appeared on stage wearing an exact replica of the long leather walking jacket worn by Neo in the movies. 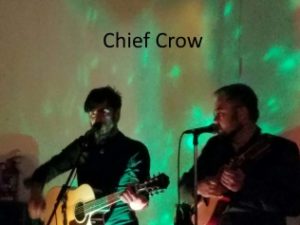 In addition there was some live music brought on by Chief Crow, rounding out the talks with a lighter side. The true essence of these events occurs at about this time. This is when people begin to meet, to fan out and press the flesh and create new liaisons and make new friends. That’s what a conference/convention is for. To share ideals and to make sure that we are all in and on the same page together. In all cases the presenters bring their presentations out-of-pocket and are not paid, and in many cases these people spend months and even years on the research that they are presenting. These things deserve an eye and an ear, for in all the world there are none so blind as those who will not see!

Although there are those that detract from the experience and label them as “Shill Fests” and accuse organizers of participating in an opinion factory. It’s difficult to imagine when one takes into consideration the fact that people labor hard over these presentations. And not only that, all one has to do is listen and one can quite easily determine that these things are genuine. It’s in the sound of the presenters voice, it’s in the fact that very often things don’t go right. Unlike mainstream media lie events, we are portraying the reality of things and a glitch in The Matrix is to be expected when attending.

A perfect example of this is the audio difficulties experienced in the morning scheduled events on the conventions first day.  For a full 33 minutes the audio was skipping and cutting out. Owe this not to the idea that a rookie sound man was hired, because that is simply not the case. I know the sound man and have seen and heard his work before, but owe this to Gremlins in the machinery. Which often takes place with my own equipment each time I try and bring the world the truth. 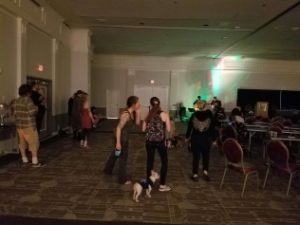 A second day of coverage is in the reality of things and we will be there again at that time to cover the full story.