Evidence Of No Curvature Of The Earth 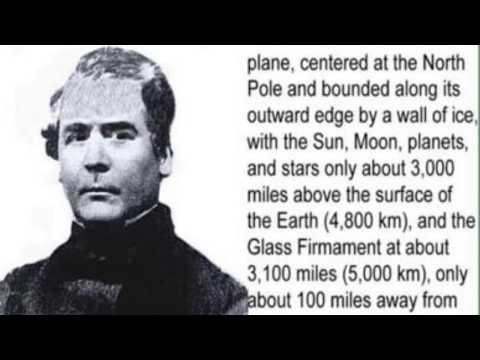 The Lighthouse of Alexandria, sometimes called the Pharos of Alexandria, was a lighthouse built by the Ptolemaic Kingdom. It is said to have been able to cast it’s light 50 miles out to sea. As one of the seven great wonders of the ancient world, it now stands as evidence of no curvature of the Earth.

At this point we have stopped searching for the flatness of Earth as it is all around us. We have now turned our efforts towards searching for the curve. And not having any luck, you can’t find what isn’t there.

According to Pythagorean Theorem, 8 inches per mile squared is the calculable and measurable formula for rendering the Earth’s curve. That means that after just four miles there should be an average of 36 inches of the Earth’s curve there. In other words, you simply cannot see 50 miles in any direction because all you would see is a huge hump of ocean in the way.

Where Is The Earth’s Curve?

Good question… it cannot be seen, felt, measured nor adjusted for. No scientific experiment illustrates the curve and no scientific endeavor is underway to get to the bottom of it. Instead, all we keep hearing is the rhetoric that science shows the curve and lets’ leave it at that. Relegating the Earth’s curve to science fiction and the realm of fantasy more than to our text books and history books.

No Science To Back Up Science!

There has never been a person of science that can claim ownership of any scientific experiment that proves conclusively that Earth is round. Yet plenty to show that Earth is flat abound. Take the Samuel Burley Rowbotham canal experiments for instance. In which “Rowboat” Rowbotham selected a disused canal for an experiment. In which he used optics to show that a rowboat sent down the canal did not disappear below any horizon. Even at distances of ten’s of miles.

In our modern world people have taken boats across lakes and optically measured the Earth’s straightness. And if optics aren’t enough, laser optics have also entered the picture. In short, lots of flat earth experiments exists and no one can point to so much as one single round Earth experiment.

Yet all of the text books that our people use in schools and colleges preach the round earth as if it is a religion. And anyone who strays from the religion is a heretic. It’s safe to say that when a scientific explanation reaches the point of being taken without evidence that it is no longer considered science. And enters into the twilight realm of fantasy and science fiction.

That is without a doubt, the explanation of the round earth theory.