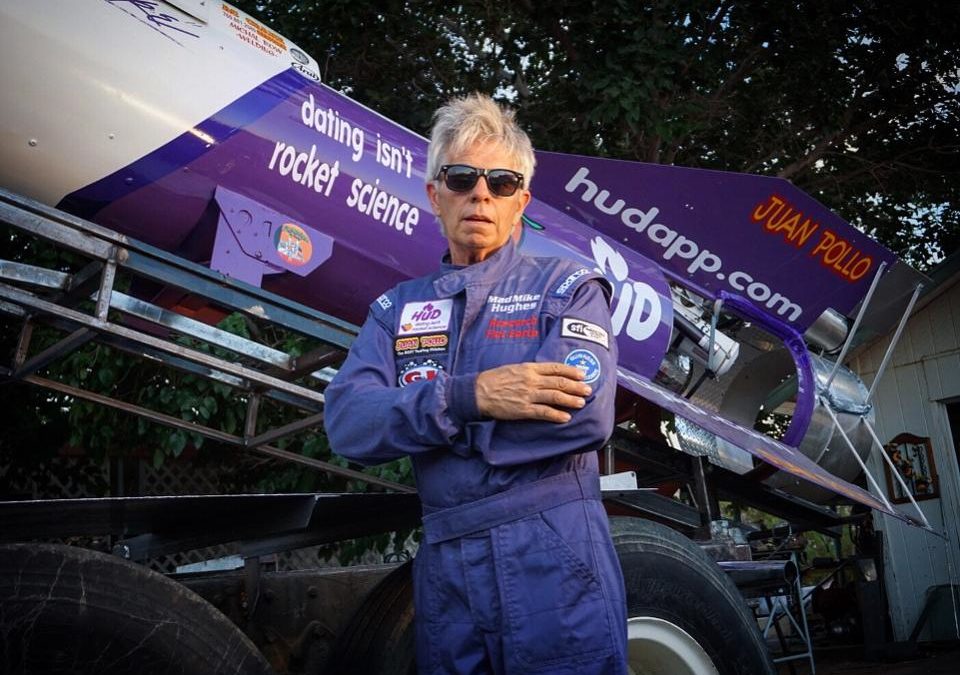 The Rocket Man delayed his launch set for August 17, 2019 due to technical issues with the rocket. This is an attempt to break his own world record set in 2018. The record, 1,875 feet and 300+ MPH gained him recognition and made many people that had laughed at him before sit up and shut up. However, not this time… as the attempt was cancelled abruptly by an oversight built into the rocket itself. This oversight is why Mad Mike Hughes rocket launch was delayed.

It’s important to realize that the rocket is for all intents and purposes a prototype. One that was designed and built by Michael Hughes and his crew of mechanics and technicians. There are no stores or rocket ship salesmen anywhere and if you want a rocket you have to build it yourself. So that’s basically what Michael Hughes did, he built a rocket! And he created a design that took him eighteen hundred feet on the wildest ride ever.

The Technology Is Sound

To get into the technical aspects of the rocket, it’s not really as complex as one would expect. It’s basically a massive hot water tank that holds about 90 gallons of regular water. The water is heated by two massive water heaters built into the tank, sort of like your own hot water heater in your basement. In Michael’s own words, you strap in and pull the plunger. Once you do that there’s no turning back… that baby is going to fire. And when it does it carries it’s pilot up to nearly 2000 feet at 350 MPH.

The question must be asked, if it’s so simple that a mechanic / engineer can build one in their own garage, why doesn’t NASA at least look into this technology. And the reason becomes painfully clear. When NASA fires a rocket from the ground it’s an incredible show. Additives to the rocket fuel include benzene and kerosene. These additives cause a tremendous yellow and white fire and leave massive trails of smoke. This is for all to see… oh look at the rocket… look how it shakes the Earth when it launches.

Why The Flat Earth Shadows His Achievement

It’s a shame what the media is doing to Michael Hughes. Although many mainstream news agencies have interviewed him, one could surely ask… why aren’t more American media outlets interested in his story. The few that have entered into the story are either smaller outlets or from foreign news agencies. And it’s because of the Flat Earth association that Michael insists upon maintaining.

The newest launch delay will require a few simple modifications to the interior of the rocket and the separate cockpit section for the pilot to fix. It is designed and built like a bathtub to give the pilot serious protection. The cockpit will undergo a series of insulation installations where the rockets water tank will be wrapped like a kiln. The cockpit will receive fittings to prevent the heat from transmitting into the pilots seat.

Understand that delays are bound to happen in this dangerous and exciting business, and we wish Michael Hughes much luck. We will remain on this story as there are no cell phone lines near the launch site and at this point FENN is one of the few sources of information coming out of the Nevada launch site.