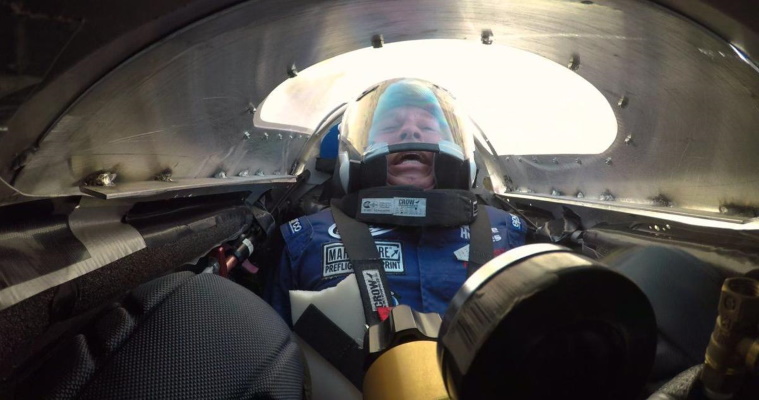 2.5 Million dollars, that’s the Annie-up for entering the space race. So says Rocket Man Mad Mike Hughes as he stands before his purple and blue painted hand-built genuine rocket. It sits there on it’s custom sled designed for easy wheeling around the shop floor and on and off trucks for transportation. This makes his sixth rocket and his third attempt at higher and higher heights and more and more speed. After a failed launch attempt on August 17th of 2019 we caught up to the Rocket Man to ask him a few questions about what’s next. And just to sort of find out where Mad Mike onward and upward leads to at this point in time.

First of all, the failed launch attempt. Caused by an oversight during the design and construction phase, it allowed massive heat to leach out of the rockets steam tank and into the tiny cockpit. When Mike tried to enter the cockpit he was burned on his shoulders and hands and arms slightly. Thanks to a quick-thinking crew who instantly snatched him out of the rocket the second Mike started hollering that he was getting burned. 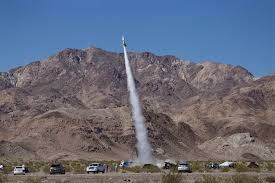 He says it was the fault of the near-90 degree attitude of the rocket. It caused the heat to transfer upward and into the cockpit at the tip of the nose. The rocket uses plain water for fuel. Water which is heated to over 350 degree’s. Enough to cook a human body in an instant should the Genie ever get out of the bottle. Add to that the Nevada temperatures of over 100 plus degree’s, the cockpit was the problem.

Back To The Drawing Board

According to it’s designer (Mike), the rocket would ideally be sitting flat on it’s belly on it’s launch ramp when charged. Then the water would be heated and the rocket would be raised into position. This would prevent the heat from rising into the cockpit. Another design change will be an enlarged cockpit thanks to the removal of some working triggering sections of the rocket motor. A smaller motor means more cockpit space, and this will allow for some major insulation. Mike says he’s going to wrap the tank in a metal and foam jacket just like a kiln or a furnace.

The rocket itself takes about 90 gallons of regular tap water and heats it to 350 degree’s Fahrenheit, and when he pulls the plug there’s no turning back, she goes! This is the reaction of popping the steam tank open in a split second and channeling the steam through the rockets downward thrust cone.

Amboy California is the place where the last rocket launch took place. It was also the sight of this most recent attempt as well. But according to Mike, that won’t be the case again as it’s just too hot there. The sight, a privately-owned abandoned ghost town about 100 miles outside of Las Vegas, Nevada. Where the temperatures regularly reach 130 degree’s Fahrenheit.

The sight was chosen to keep gawkers and federal land management officers from spoiling the launch. But the launch will not go back to that sight as it’s just too hot. Among other issues is that there is no cell phone signal and nothing around for over 40 miles. The next launch attempt will be in early November of ’19 and will be a more accessible launch site.