Why Do Rockets Never Go Straight Up When They Launch? 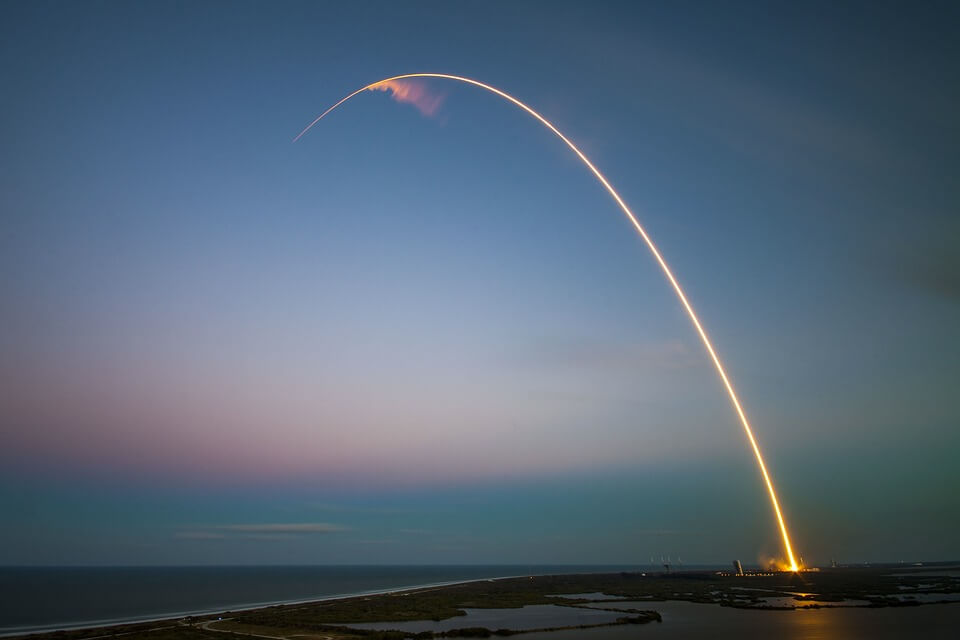 We have all seen televised NASA rocket launches from over the last five decades. Some of you may have even witnessed a rocket launch in-person from the ground. But did you ever see the rocket go into outer space? Of course not; nobody has. All you see is the rocket ascending in a curve toward the sky.

The rocket eventually goes so high that it disappears within the stratosphere. After that, we must turn to the television to watch the video feed from the rocket. It is usually a fuzzy and distorted picture that shows a lot of blackness, which is supposed to be outer space. As for the Earth, it looks like a bright blue circular ball. How do we know that is not CGI or some green screen in a Hollywood-like studio?

If the rocket is ascending in a curve, then it would eventually have to come back down like an arch. So, where does it descend? There is never any sign of rockets crashing back down on land. However, there is a big beautiful ocean with no people around for these rockets to crash in. This would explain why NASA chooses coastal areas to conduct their rocket launches at.

The curvature motion of the rocket prevents it from crashing into the upper dome of the Earth. If the rocket were to ascend in a perfectly straight and vertical motion, it would crash right into the dome. To test this theory, a civilian crew of space explorers launched their own test rocket into the sky. They attached a camera to the spinning rocket, so people could see the first-person perspective from it in real time. When the rocket got to about 73 miles in altitude, it suddenly stopped spinning and then hit a barrier. There were two cameras used to verify this incident.

NASA continues to deny that the Earth is flat, despite this evidence. But as amateur flight technology becomes more advanced, the civilian world is getting closer to proving the real truth about our flat world. Other photographic evidence exists which illustrates the curving rockets very clearly. You can see how these rockets left a smoky fire trail behind them which curves just like an arch.

If you show these photographs to the scientific community, they will simply claim that they are doctored. If that’s the case, then why should we believe that NASA’s photos and videos are not doctored? They certainly have the money and resources to produce fake images better than any civilian could. That is why it is up to civilians to come up with definite proof of this truth.