Cell Phones Can Actually Cause Cancer 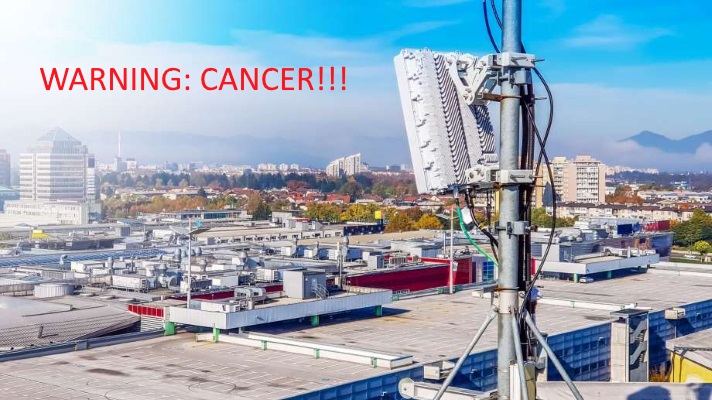 The WHO (World Health Organization) has released a statement that cell phones can actually cause cancer. It has been long-coming and the only reason why it has taken so long is because of a powerful lobby. Cell phone use has become our second arm these days and practically no one anywhere is without one. This decision to release the warning comes only on the heels of a major epidemic of cancer the world over.

“Electro-hypersensitive” means people who are beyond sensitive to microwaves, and these people have had their lives destroyed because of microwave energy. This is being followed up by an enormously high rate of cancer, especially in adults who live near cell towers. The figures have been suppressed by a murderous money-grubbing telecommunications industry. And it is from these companies that the lobby is directed and funded.

Just like in the 1930’s through to the 1970’s when a ruthless tobacco industry failed to tell users of the dangers of cancer caused by use of their product. The telecommunications industry has racked up the numbers of dead and dying for-profit in the same manner. And like the tobacco industry, it counted on the fact that once the public had become hooked that no one could take it away from them. Try And Survive Today’s World Without One, it is impossible to do so.

Even homeless people in the streets have cell phones, and school children are given them by their parents who live with one stuck on the side of their head like another appendage. All this cell phone use has netted the telephony industry a pretty profit. And now like banks, they are too big to fail. Given this it is a cinch that no one anytime soon will crop up raging and preaching against them.

The Dangers To The public Discussed At Last

Do not give them to children and babies, no use in cars and in closed spaces, quit sleeping with them by your head at night and overall, attempt to limit their use. This is just some of the WHO’s advice to live with cell phones. But that says nothing about living with microwave energy. According to scientists, we live in a world right now that has a hundred Billion, Trillion times more background microwave energy than is normal.

And people who live near cell towers and in buildings with antennae on the roof are even more susceptible. These people are being forced and advised to move out and find some place away from cell towers. Microwave energy is everywhere and even a move to the country may not necessarily relieve the sufferer of microwave energy.

Radiotrons, early microwave emitters, were first used in WWII as long-range detection for incoming aircraft. Ideas were developed that turned the wave emitters into weapons capable of attacking an enemies communications. And at higher powers, even physically take out enemy troops. At the end of the war the technology was used to derive the telecommunications industry as we know it today.

Have A Look At These Memes