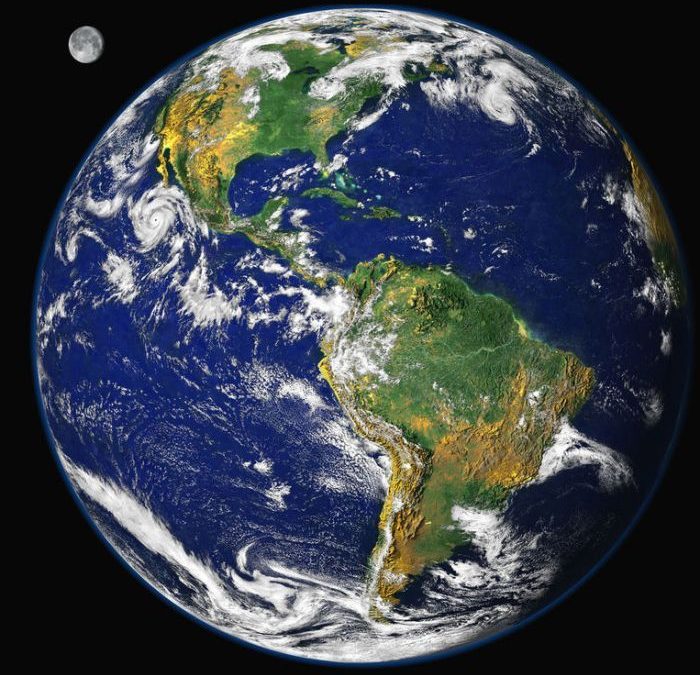 Is it any wonder that many Flat Earth people are starting to awaken to the concept that maybe NASA and the scientific community doesn’t deal with us squarely? Especially when people like Neil DeGrasse Tyson of the National Observatory opens his mouth and he speaks, he lies! “Earth is a little rounder at the bottom, a little chubbier” Isn’t it confusing, the fact that NASA’s Parker solar probe doesn’t see a pear shaped oblate spheroid?

Really Mr. DeGrasse Tyson? Maybe you could put on quite a show over at the Apollo Theater this Saturday night. But you should concentrate on that and leave space to people who know what they’re talking about.

NASA’s Parker solar probe was launched in ’12 on it’s way to supposedly rendezvous with the sun. It was instructed at a million space-miles out to turn it’s onboard cameras around 180 degrees and take some shots of the Earth. What it sent back to Earth is the amazing case of the disappearing oblate spheroid. The probe’s camera’s produced an image of roundness that cannot be rivaled. And it’s clear from them that Earth is as round as a golf ball.

So, what are we to make of this? Is Neil DeGrass Tyson a liar? Uh, yeah.

A scientist who works for the National Observatory and goes around answering to “The Beloved” should know better. No “chubbier” bottom, no “pizza dough” edges and certainly no oblate spheroid to be seen here in this image (above). And rightfully so too, or did you shake your head obligingly when he said those things saying to yourself; well I’ll be?

The Flat Earth supposedly spins so fast that it warps the planet. And yet people and loose objects at or near the equator aren’t flung off into space. The question of his sanity is far overshadowed by the question of the sanity of those who listen to him. At some point we are going to have to ask ourselves exactly why the scientific community doesn’t practice synergy. Why can’t they get their lies straight?

The Parker Solar Probe, See No Pear, Hear No Pear, Speak No Pear.

The Parker solar probe is the first alleged spacecraft to allegedly get this close to the sun. The mission includes 24 orbits around the star, with its closest and final approach allegedly bringing it to within 3.7 million miles (6 million kilometers) from the sun’s surface. Flat Earth researchers who aren’t on NASA’s payroll say no material is capable of withstanding the heat of the sun. Bombardment by solar particles and solar flares would certainly turn the thing to cinders by now. So we can safely posit that the whole concept is one big giant shlameel. And is put on by NASA to make an unsuspecting population go; Ooooh, and Ahhhh!

The validity of such an endeavor is not the only thing at question here, try credibility. All we’re saying is that NASA and the other dupes on it’s payroll should actually come together sometime. And conduct a meeting to bring this DeGrasse Tyson guy up to speed! They allow this guy to teach our kids! How could he be expected to teach our kids anything? He doesn’t know his face from a hole in the ground. 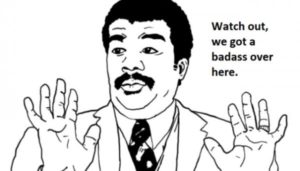 DeGrasse Tyson And His Pear-shaped Earth