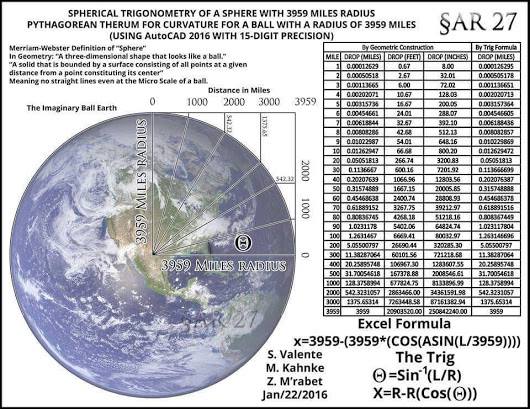 You’ve Got This One Shot! What Facts Do You Choose To Present?

Haven’t you ever been engaged in a heated discussion about the validity of a flatearth only to have them tell you okay you’ve got three minutes convince me? Well we here at FNN we get that all of the time, don’t you? This prompted us to actually wonder, of all the incredible assemblages of scientifically conducted field tests and verbal dissertations by fascinating flatearth researchers, which is the most convincing and doesn’t take the rest of this article to define.

It would no doubt have to begin with the most obvious evidence, stand up and ask yourself this all-important question; do you FEEL like you’re on a spinning ball of rock and dirt whirling and wobbling at break neck speed across an endless galaxy filled with lifeless similar spinning pieces of rock and do you… forget it, no need to continue. Just who was it that taught you to ignore your five senses anyway? You don’t FEEL like you’re spinning and you’ve convinced yourself that you just don’t feel it anymore because your five senses have somehow attenuated to the spinning of the globe. You should simply ignore the fact that you just don’t feel like you’re spinning. But you’re not spinning! And your five senses will attest to this, if you’ll only allow it.

There now that’s what… a minute-and-a-half?

Here you are then try this on for size; according to certain mainstream scientists, earth is an “oblate spheroid” and not a ball at all. Director of the National Observatory Mr. Neil DeGrasse Tyson also asserts that earth’s shape is a “… little bit larger at the bottom, a little chubbier” DeGrasse Tyson goes on to explain to an eager public that earth has sort of flattened out at the edges (edges on a ball???) sort of like a pizza dough when it is spun, it flattens out. These are roughly DeGrasse Tyson’s own kindergarten-esque words, that earth spins so fast it has some sort of deforming effect on the ground that we can’t detect ourselves, yet despite this humans and all objects at or near earth’s equator somehow manage to avoid being flung out into space. And here’s the clincher of this story; recently NASA’s Parker Solar Probe, launched in 2018, stopped at about a million space-miles out and was directed to turn about 180 degrees and take a snapshot of Earth. These images, when released by NASA, showed a perfectly round Earth with no chubby bottom or pizza dough edges and no oblate spheroid.

Have we reached three minutes yet?

If not then get this, in 1957 there was a special International quorum called to address the possibility of space flight and how to place the whole issue under one single government entity. One that could be tightly controlled and regulated, it would function as a sort of clearing house for all things space. Hundreds of nations, including Russia and the US were in attendance. The name of the quorum was International Geophysical Year (IGY). Topics addressed were: Artificial satellites (Sputnik), Weather (HAARP), Ionospherics (Weather modification), Oceans, Spacecraft launching (Fake Moon landing), Satellite orbits, Executive committees, Radio, Auroras, Polar regions (Antarctica) and an array of other subjects.

Out of this quorum came Sputnik, the first satellite (Russian) and the entire “space race” between the Soviets and the US. The appearance of a faked space race was a US program initiated to obtain massive funding. Meanwhile, the Soviets relied on strong-arm tactics to gain state funding for its many trash space projects, and it subsequently failed. The American space program on the other hand, under NASA, (which was spawned by the IGY quorum), faked a space race and tricked the American public into spending an estimated 245 Billion dollars on the fake Moon landings and about a Trillion dollars on the many diverse projects that NASA conducts since 1969. Absorbing about $65 Billion a year in public funding, the space race was all about provoking the American public into action and they rallied to deliver whatever NASA demanded with pride.

Although time is up, we would like to pose a question of our own.

Can you do simple math? How about Spherical Trigonometry? To calculate the curvature of earth mainstream scientists have offered up what they call the Pythagorean Therum. The mathematical formula given for such calculation is Eight Inches Per Mile Squared. Put simply, your line-of-sight drops Eight inches for every mile you can see, squared! If you were looking at an object 30 miles away across a bay there would appear to be roughly 300 feet of water caused by the earth’s curve in your sight. In affect, you should not be able to see 30 miles without the ball getting in your way. But the truth is that one can see 30 miles and beyond depending upon atmospheric conditions. Standing near Lake Erie in southern Michigan one can actually see the city scape of Chicago as much as 36 miles away. The equation does not show the curve… that’s because there simply is no curve. Earth is simply not round!

There is no such thing as flatearth research. Instead there is only research that simply doesn’t show the curve.

Any researcher who sets out to prove the curve will inevitably fail, it simply cannot be done!

There is no such thing as a flatearther, there are only people who have come to realize that none of the scientific research offered up to us as proof of the shape of earth can actually show evidence of a curve. In fact, we are not researching a flatearth, that would be ludicrous and laughable. Instead, we are trying to prove that earth really is round… and having no success at all. As researchers we are failures… because we just cannot find that elusive piece of evidence that shows earth to be a ball. Now, if it’s evidence that earth is flat you want, such evidence abounds.