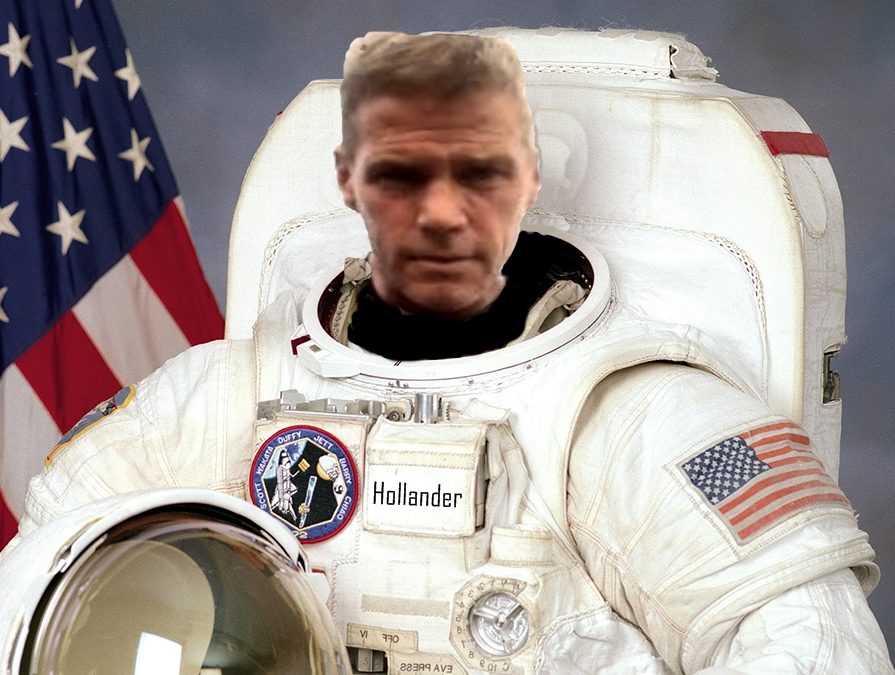 Talk show host Mark Hollander receives a death threat for promoting the flatearth. “… the guy sounded like some crazy foreigner who was programmed and he warned me that if I didn’t quit the flatearth he would kill me” Says flatearth researcher and author of the book Flat Truth, Mark Hollander. FERLive’s Host of the show Hoodwinked; Into The Age Of Insanity also says that he was afraid and took the threat very seriously. A family man with three daughters, Mark’s immediate response was to contact FERLive management and tell them that he was quitting the station in order to save his and possibly his family’s lives.

None of us here at FERLive can honestly say that we know what Mark is going through, and subsequently we forego judgment regarding his decision. But thankfully, eventually, Mark has come to realize that what these people were doing was trying to frighten him into getting out of the FE community. He later returned to us and said he will not allow them to run him off. Mark’s courage will one day be legendary, as he faces whatever despicable acts wicked men bent on hiding reality from us will stoop to with his head high and with courage. And we here at FERLive stand behind him 100% and will not allow such disgusting and vile fish in our fishbowl.

It is for reasons of this caliber which motivate public personalities such as TV and radio people to use a stage-name when appearing before the masses. It’s also why many writers write under pseudonyms of their real name in order to prevent these crazies from getting close to family. This is a mistake that Mark made, although an honest one, Mark Hollander must be praised again for his courage in initially deciding to publish under his real name, but now we see the inherent hazards of that act. Therefore we cordially invite our new hosts when coming on board with us to assume a stage name. It’s important to us that you understand we don’t do this to trick or to deceive… only to  defend our friends and family. Be assured however that our hosts are real people and place their face and their personalities outward to the public and without reserve or deception. But that courage should never be assumed when it comes to family. One must not make decisions for them, it’s just not fair.

Mark reported the incident to local police and they filed a police report. But as they related to him, there isn’t much they can do. The impossibility of tracing the call down unless it is recurring is slim. In the meantime Mark is adjusting, as are all of us, to the concept that what we are doing has attracted the attention of the darkness of this flat world. The gaze of Sauron’s eye has beset us all round about, and we are to take it either lightly or adjust our way of thinking and of doing things. There is also a mention by Mark of a report to the FBI’s communications crimes division as well, as crimes of this nature are very ambiguous and can never be expected to behave in any certain manner.

In an unrelated incident, conservative talk show host Ben Shapiro received a series of death threats that was taken very seriously because the threats were not directed at Shapiro but his daughter. It lead to an FBI investigation of a single man and his arrest. In a story filed by TMZ online magazine on May 1st of this year;

“the conservative talk show host and editor of The Daily Wire, was the target of serious death threats and the suspect has just been arrested … law enforcement sources tell us, Shapiro, who frequently appears on cable news shows and has a hugely popular podcast, filed a police report with the LAPD. We’re told the threats were not just against Shapiro but his family as well. He’s married with one daughter. We’re told the Department got in touch with the FBI and created a joint task force to hunt down the culprit.”

So you see, this kind of social behavioral deficit and negative actions are to be taken seriously, and in this case… they were! Suffice it to say that a regular investigation is ongoing therefore we have no news of it’s progress, but we will keep up on the story should anything new develop.

More about the Shapiro death threats