UN’s Assessment Of Global Warming Gets A Setback 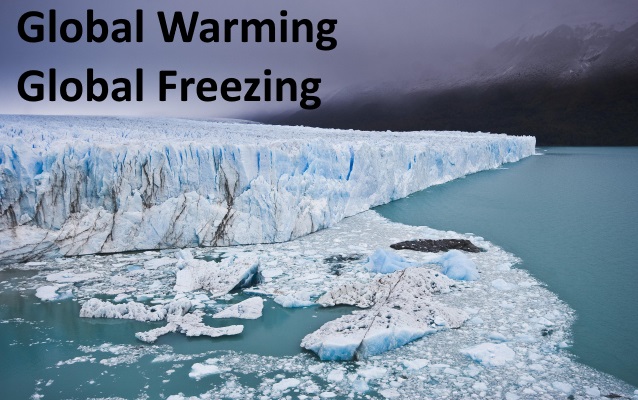 According to the United Nations, global warming in 2018 reached the highest levels since scientific observations began. But any personal observations of what is happening on this flat Earth in recent weeks and months belies that notion. To find out what is really happening to the Earth one must turn to the internet. There you can watch thousands of videos depicting what is occurring all over the flat plane. Without mainstream media intervention the UN’s assessment of global warming gets a setback when we look at the dynamic Earth.

As you well know, Earth is alive and dynamic in every sense of the word. The flaws in the calculations that give us global warming ever fail to take this into consideration. And because of that, global warming is a myth and should be put down to the fact that Earth is moving and constantly changing.

What Awaits Us, Global Warming Or Another Ice Age

Certainly, any scientist, weather service, politician or otherwise that insists on using the term global warming shouldn’t be trusted. Especially not in light of the recent revelation’s from northern countries such as Norway, Greenland and Switzerland where an incredible resurgence of ice age-type weather has ensued in the wake of a massive cold spell.

To find any evidence of a so-called global warming one does not need to go far. Greenland’s largest glacier Jakobshavn Isbrae has been melting at the rate of 2 MPH. But nature has a way of improvising, the news media was calling the event “Thunder Out Of The Blue Sky”. An interruption of two decades of accelerated glacial thinning was taking place as the regional ocean cooled.

For the last 20 years Greenland’s Jakobshavn Isbrae Glacier has been the single biggest source of ice thinning and melting. At the incredible rate of 2 MPH it has retreated a dozen miles inland. But this new weather pattern has gotten once proponents of global warming asking embarrassing questions of themselves. As if mocking them the glacier began to grow, and at the exact same pace of 2 MPH.

Is This The New Ice Age?

Since 2016 the Greenland ice shelf has slowed and begun advancing and thickening once again. And bringing with it a dim view upon those who have been warning us of global warming for so long. Now we know the answer to the question of global warming because now we have evidence. Evidence that the Earth is indeed a living breathing entity and as such is constantly changing.

We can expect the same thing in our future that we have experienced in our past. Periods of warming, followed by periods of freezing. The actions of Jakobshavn Isbrae more than illustrate this to the entire flat-earth. So no, there probably won’t be an ice age, but then again there probably won’t be any global warming either. At least nothing that would be beyond temporary anyway.

And What Does NASA Have To Say About All This?

Scientists at JPL admit that the new evidence renders all other previous weather models unreliable. And that given the circumstances, we won’t be able to predict what our weather will be like for at least a year. As scientists begin the painstaking process of rebuilding their projection models.

Find out more about Greenland’s glaciers

what exactly is a glacier