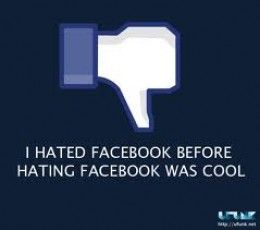 Did you know that you can take out an ad on Facebook, or Instagram? And did you also know that you can specify that you don’t want FE people to read it? Recently a photographer decided he wanted to sell some old NASA images he had. So he took out an ad on Facebook, the resulting feedback from FE’ers was so fierce that Facebook removed it. So the man took out another ad where he specified that FE people should not be targeted. Yes friends, Facebook’s war against FE people rages on! And in new and imaginative ways too.

Photographer Benedict Redgrove once asked NASA if he could get some images of a few incidentals lying about. Things like Armstrong’s name stamp, a few old space helmets, etc. When trying to sell the images on social networking he was met with swarms of Facebook users crying PROPS! And FAKES! And so Redgrove changed the ads to deliberately target people who still accept the space phoney bologna.

According to the same article found in The NY Times, “It isn’t easy to avoid Flat Earther’s these days, even if you try.” In this case it doesn’t make any business sense for companies like Facebook to deny FE people anything. Particularly in light of the fact that we are apparently growing. We are also becoming “hard to avoid”, and that’s a good thing. What business marketeer would ignore a group that comprises 50% of the population and is growing?

At any point where 50% of the people believe a thing, it must be taken seriously. So being left out of an ad that proudly displays NASA’s fake movie props is actually a plus. Who wants to stand amidst throngs of space bologna-believers and stare at that junk anyway?

Excuse Me, Did You Say “They Looked Occupied When Pressurized”

Getting permission from NASA to take pictures of these artifacts took him (Redgrove) nearly five years. Even once he got it, there were logistical challenges, like figuring out how to make a spacesuit appear as if someone was in it. “They pressurized it for us so that it looked like it was occupied,” he said of the image that appears in the ad. Makes us kind of wonder, do all spacesuits “look occupied” when you blow them up? Of course they do.

The issues that crop up when advertisers target political campaigns or shout misinformation at a specific group on Facebook have been well documented. So, too, have the problems that arise when advertisers make Facebook users uncomfortable by knowing too much about them.

The Anonymity Of Information Must Be Protected

No advertiser or social group should have a right to select specific thoughts and beliefs and separate people because of it. No one has that right, yet entities like Facebook and Instagram regularly practice such despicable policies. All made legal because you either sign off on the agreement they force you to sign or you don’t. And if you don’t you will not become a member.

Selecting information this way is not what the internet is about, anonymous data, without one plea, and without sanction or repose. That is what we paid for when we paid our internet fee’s, that is what we should get!